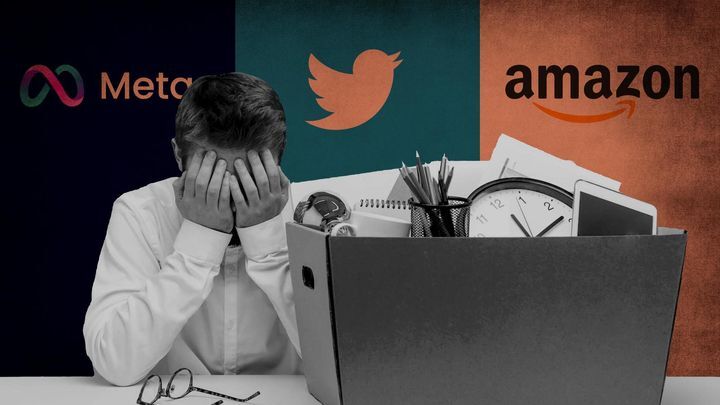 Facebook, Instagram, Twitter, Amazon: these behemoths have shaped our world. This winter, however, the world is shaping them. Faced with a global downturn, a US economy that appears headed for recession and interest rates shooting up across the west, big tech is in big trouble. Last week, Meta – the company that owns Facebook, WhatsApp and Instagram – declared it will sack 11,000 employees, or more than 13% of its staff. Last week, Twitter’s new owner, Elon Musk, got rid of half the workforce. In August, Snap, the parent firm of Snapchat, reduced staff by 20%. Amazon has announced a hiring freeze, while the payments-processing platform Stripe is also shedding 14% of its workers.

A bleak winter lies ahead for many of those employees and their families, as well as the firms servicing and supplying the big names in technology. And a moment of reckoning is in store for big tech. For some of these companies and many of their managers, this will be their first serious downturn, and the combination of rising interest rates even as the economy sinks could make it a real stinker. The past decade has gifted Silicon Valley easy money and investors desperate to buy growth as well as gangbuster sales of smartphones – the device that spawned millions of apps. Then came the pandemic, which prompted billions of consumers to buy and socialise online. As Mark Zuckerberg admitted this week, Meta was among those businesses that counted on this huge tide staying in for ever. It hasn’t.

Some of the related businesses that took off in the quantitative easing years enjoyed more enthusiasm than scrutiny (WeWork, anyone?). Others suffering right now appear to have been running on fumes. If Mr Musk is serious (always a pertinent question), Twitter has been losing £3.5m a day. At Meta, Mr Zuckerberg has allegedly invested over £88bn in a version of virtual reality that he calls the metaverse. What rakes in the profits are Meta’s social networks and advertising, areas that do not command the founder’s undivided interest. It just so happens that he owns 13% of all Meta shares and controls 54% of the vote, so cannot be easily challenged.

You know an industry is in a bubble when its bosses believe their own babble. Bankers swore their clever financial engineering had conquered risk – until the crash came. The founder of the cryptocurrency platform FTX, Sam Bankman-Fried, told investors that he wanted it to be the place where “you can buy a banana”. He made this statement while playing a video game. The money men responded “I love this founder” and gladly chipped into a billion-dollar whip-round. Someday, a screenwriter will have a lot of fun with this scene. But today, FTX is in a liquidity crisis, lacking the cash to process withdrawals. That billion dollars could have been spent on feeding people or fighting climate change. Instead, it will go down as a tax write-off.

Market crashes often leave behind new technology and infrastructure that future generations find indispensable, such as the railways laid down by Victorian speculators. Yet Silicon Valley has long preached the gospel of what one of its most thoughtful critics, Evgeny Morozov, has dubbed “solutionism”, or in other words technological fixes to social and political problems. Politicians of both sides have often reacted with great credulity – even though some of the industry’s heavyweights are known for maximising their tax avoidance, infringing privacy and treating workers as disposable. Perhaps now that the air is escaping the bubble, there can be a real conversation about what big tech owes the rest of us and how its businesses can strengthen the societies they work in.

From The Guardian’s Editorial