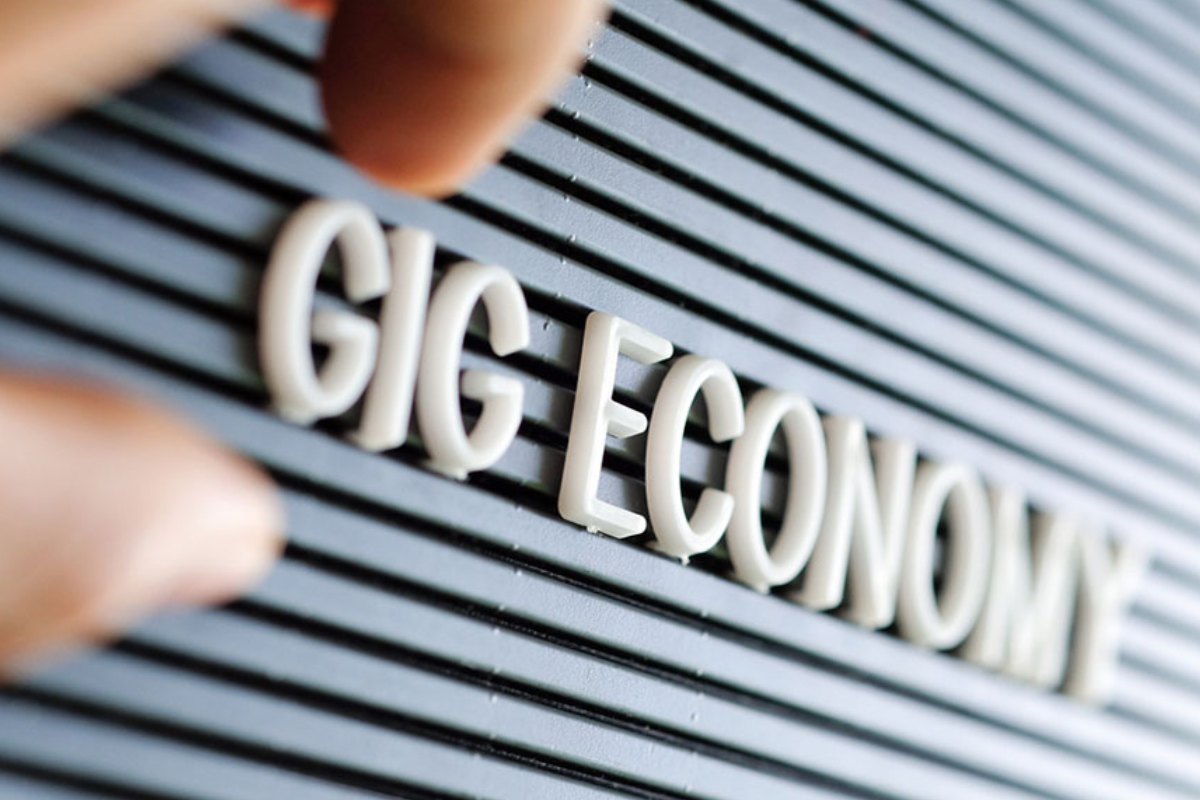 All around the world, the rate of digitalisation has accelerated, shaping societies and ushering in a new economic paradigm with significant ramifications for the future of work and employment. The way people live, work, and spend money has shifted radically in the last decade, owing in large part to advances in technology and the gig economy. Primarily gig economy is composed of three fundamental elements: one, independent job seekers who are paid as per the gig (i.e., a task or a project), as compared to employees who are compensated on an hourly basis or salary; second, consumers who require a specific service and third, enterprises that connect the gig workforce to the end consumer, such as digital-first technology platforms.

Being hyper-connected through social networks has strengthened connectivity and widened new avenues for earning money. For instance, picking up a gig is now as simple as booking a hotel room online. Digital start-ups in India have prospered as an outcome of the gig model in addition to favourable demographics, increased smartphone adoption, low internet costs, and other Digital India campaign projects. Even in the aftermath of the Covid-19 pandemic, the gig economy demonstrated its adaptability and potential by continuing to generate millions of employment opportunities and keeping communities connected. The gig economy is not only modifying the way we conduct business but simultaneously also boosting the GDP.

As demonstrated by current market trends, the future of most organisations will be dependent on the incorporation of a larger and more mobile workforce. Due to the obvious perks available, more people will inevitably move into the gig economy over time. The gig economy is therefore expected to employ 2.35 crore (23.5 million) people by 2029-30. Gig workers are projected to account for 6.7% of India’s non-agricultural workforce and 4.1% of total livelihood by 2029-30. Here’s how the gig economy is creating an impact on the future of work:

The rise of the gig economy reflects a shift in how Millennials and Generation Z perceive work. Rather than a more traditional model in which an employee works full-time for only one employer, the modern workforce prefers the gig economy for the versatility, freedom, and personal fulfilment it provides. As today’s youth are serial multitaskers, many of them do not want to be tied down to one employer and prefer smaller gig jobs that give them more control and autonomy over their career opportunities. The concept of success is also being redefined as a result of this. Success for an independent gig workforce is a balance of commitment to gig work in the absence of a fixed salary job and their own personal/professional goals.

The gig economy is based on innovative solutions and has lately been a profitable model for a large number of companies from all industries. The main benefit is that the gig model saves money over time, enabling firms to invest time and resources in technological development. Importantly, it allows new start-ups to scale their manpower base up and down as required to adapt to shifting objectives. Businesses, for example, can swiftly assemble a new team to fulfill a marketing need by hiring temporary employees on a commission basis.

The gig economy frequently blurs the standard definitions of “employer” and “employee.” The gig model is a win-win solution as it benefits both workers and employers. It provides gig workers with a flexible work arrangement with few entry barriers and significantly lesser training costs for companies. Employees no longer have to count on mainstream 9-to-5 jobs to make a living in order to support themselves. Instead of a traditional workday driven by schedules, they are embracing a more flexible and productive structure of work by taking on short-term projects as needed. E-mail and telecommunications have also made work more dynamic, allowing individuals to collaborate regardless of where they are geographically located.

Technological developments, notably in artificial intelligence, robotics, and data analytics, have reduced the limitations in the modern workplace. On the one hand, smartphone connections are replacing people as agents by helping connect consumers and producers easily and effectively, allowing individuals to perform a variety of other tasks for businesses based on real-time demand. Simultaneously, disruptive automated technologies are enabling the expansion of future skills-to-employer, capital-to-investor, and consumer-to-supplier matching. Seamless integration of technology in the gig economy also has the potential to enhance business productivity and strengthen the living standards of gig workers

The gig economy has both advantages and disadvantages. While the growth of the gig economy has offered new sources of income and new job opportunities to many professionals, the fact remains that gig employees are freelancers who do not have the advantages that traditional work arrangements provide. The good news is that it was technology that first gave rise to the gig economy, and it will be the life force that will foster it to maturity. New technologies associated with Industry 4.0 and the gig economy are further expected to bring a major shift in business processes and service provisions, as well as the creation of new jobs that do not currently exist, in the same way that certain roles were unimaginable just a few years ago. It is also possible that in the near future, all work will be organised through platforms, with enterprises becoming a part of the gig economy where every assigned work will be paid based on the task completed satisfactorily.

Written by Vidyarthi Baddireddy. This article was originally published in Times of India.