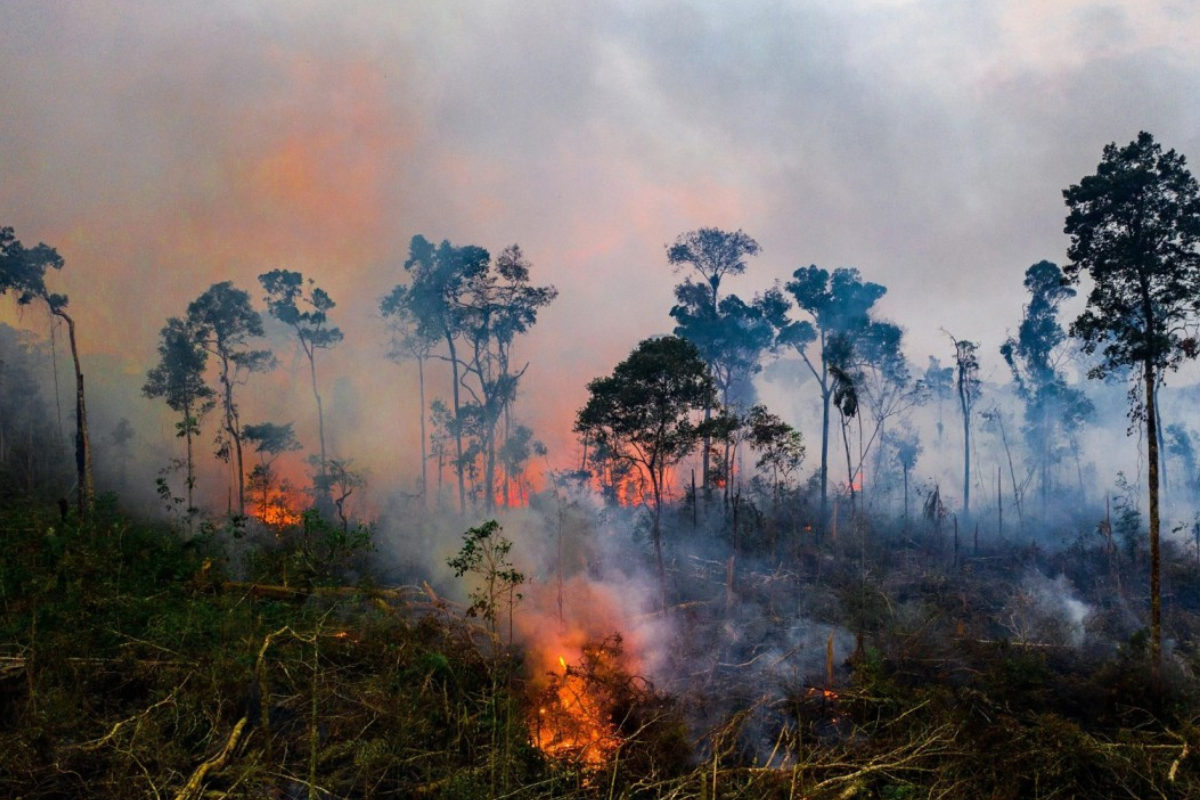 The collapse of the crypto market this year looks like unalloyed good news for the global climate.

Annual emissions from digital currencies amount to about 140 million metric tons of carbon dioxide — similar to the combined footprint of the 110 million people in the Philippines. A move in September to cut more than 99% of power consumption by Ethereum, one of the most popular cryptocurrencies, certainly helps. Getting rid of the whole casino would be better.

But what if there was an overlooked digital currency that could help to solve the climate crisis, rather than just doing less to exacerbate it? Believe it or not, there is such an instrument — but it’s not held by any of the boosters of Bitcoin, Tether and their ilk.

The advances of renewable generation and battery storage over the past decade mean that technology is no longer the main barrier to decarbonizing our world. We’ll add more renewable power in the next five years than we did in the previous two decades, the International Energy Agency said this week — a 30% increase on its forecast 12 months ago.

Finance remains a critical problem, though. Despite the fact that the world is now investing more than a trillion dollars a year on the energy transition, preventing catastrophic warming will require up to $4 trillion annually on renewable energy alone, according to data presented at last month’s UN climate conference. Total annual spending on the low-carbon economy needs to go as high as $6 trillion.

The challenge is sharpest in developing countries, which now account for an outsized slice of the world’s emissions but an undersized share of the investment needed to prevent them.

“We have to make sure that society is fully reflecting the real cost of using fossil fuels, but that can’t be done without the funding,” says Avinash Persaud, a Barbadian economist and former State Street Corp. currency analyst who’s advising the Caribbean country on financial approaches to tackling climate change. “The cost of capital is very high in emerging markets, so what you need to do is bring in some alternative money.”

Wouldn’t it be great if there was a magic money pot to solve this problem? Luckily, there is — in the form of the world’s oldest digital currency.

Four decades before the 2008 financial crisis prompted the pseudonymous programmer Satoshi Nakamoto to think up Bitcoin as an alternative to fiat currencies, the looming breakdown of the Bretton Woods fixed-exchange rate regime drove the International Monetary Fund to create its own digital money. Special Drawing Rights are a form of digital asset issued to IMF members that can be exchanged for any currency and pay interest of 0.05%. At present, there are roughly $935.7 billion of them outstanding, all held on the balance sheets of central banks and multilateral lenders.

While they’ve been mostly ignored since their creation, over the past few decades SDRs have seen growing use to support a sort of global quantitative easing, or QE. In 2009, the IMF issued $250 billion of SDRs to help ease global liquidity in the wake of the previous year’s credit crunch. A further $650 billion was allocated last year to help economies cope with the fiscal strains of the Covid-19 pandemic.

Persaud’s proposal, dubbed the Bridgetown Initiative, is for a further $500 billion issuance as the foundation of a fund that could invest in climate projects wherever in the world they’d achieve the biggest carbon-reduction bang for their SDR buck. Such a setup would allow emerging markets to borrow at the same prices as rich countries, avoiding the punishingly high double-digit capital costs that make most such investments unbankable at present.

“We need to take advantage of the very low cost of capital of international reserve currencies,” he says. “There’s no renewable energy project in the world that would be profitable with a 20% cost of capital.”

What’s not to like about this? For one thing, QE has rarely had a worse reputation than it has right now. Central banks are raising rates and shrinking their balance sheets amid the most inflationary environment in a generation. It’s a tough environment in which to sell what is, in essence, a program of global debt monetization.

At the same time, the $500 billion involved is extraordinarily modest compared to the scale of global monetary intervention. Some $11 trillion was spent on QE programs to deal with the impact of Covid-19 alone. The US Federal Reserve’s balance sheet at its peak was nearly 10 times larger than on the eve of the 2008 financial crisis. Next to the world’s total money supply of well over $100 trillion, it’s hard to argue that increasing the stock by half a percent or so through fresh SDR issuance would move the needle much. Last year’s $650 billion SDR allocation didn’t make any perceptible difference to an inflationary environment that was being driven instead by damaged supply chains, soaring energy prices, and a multi-trillion overhang of pandemic-era savings.

A bigger issue is that such a program risks looking like a free lunch. Lenders like the discipline that capital scarcity imposes on borrowers, and worry that looser purse strings might lead to profligacy and waste. SDRs are issued according to the size of a country’s economy and go indiscriminately to every nation, including those delinquent on their debt payments or the subject to sanctions. That aspect frequently annoys rich western governments, who’ll ultimately need to give their blessing to any such plan.

Any attempt to use them to channel significant sums toward developing markets would come with conditions from the rich countries that would contribute their SDR allocations. With too many strings attached, however, SDR funding risks looking little different to other underutilized forms of multilateral finance, such as loans from the World Bank or IMF.

Something has to be done, however. The pandemic showed that the world’s governments are perfectly capable of mobilizing extraordinary financial measures to deal with a crisis. If we’re to tackle climate change over the next decade, we’re going to need every tool in the box.