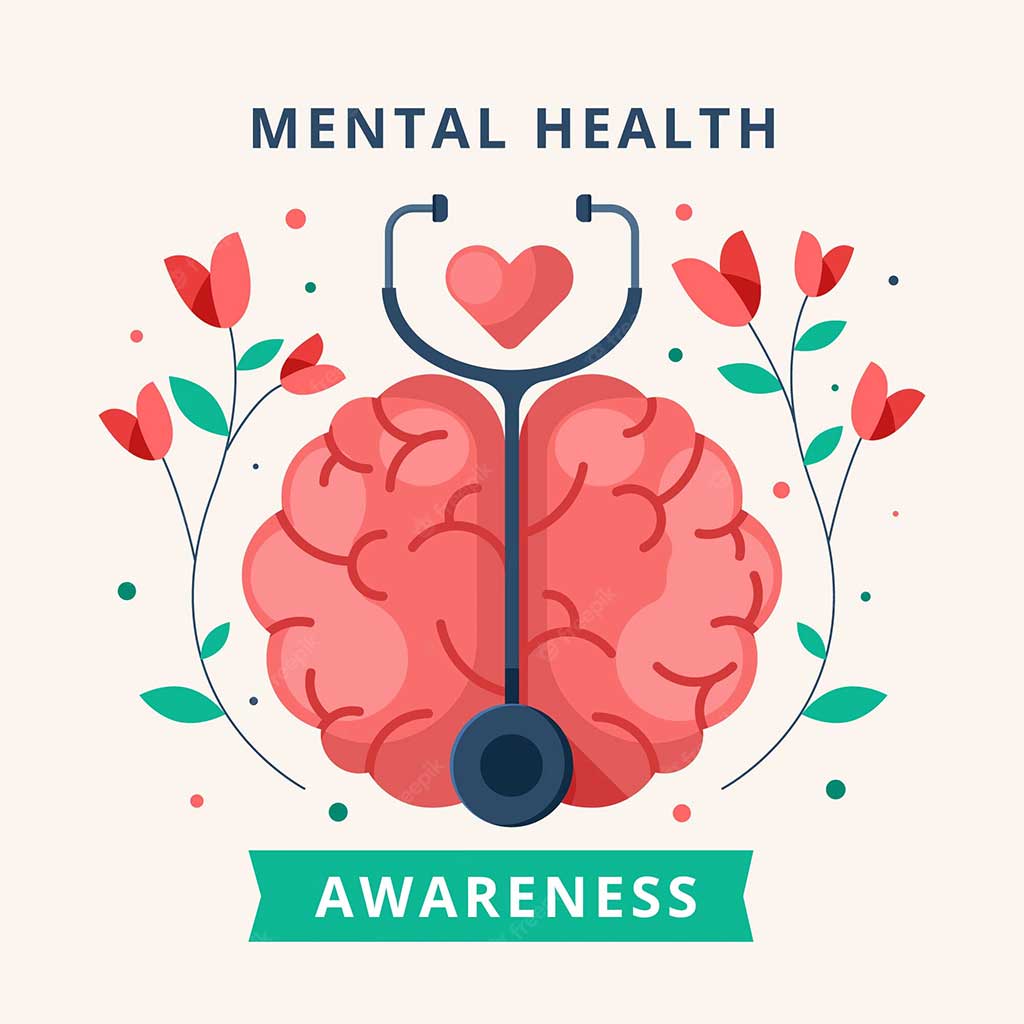 Kapil Dev, while speaking at an event organised by a private coaching class, said, “I don’t understand these American words ‘pressure’ and ‘depression’. If you have pressure then don’t play.” Many hands applauded the speech. Netizens made a hue and cry of the incident. Who is right? The people clapping or the angry netizens? It will open up as you scroll down.

‘Pressure’ and ‘depression’ are not just words, these have meaning for life, of ability and inability. These are mental health issues. Generally, in all parts of the world and specifically in India, mental health is a neglected area. And yet…

The above are true scientific facts, deduced from hard studies conducted by stringent criteria over a period of time. These show the burden of mental health in Indian society. The irony is that only 13% of the above people receive treatment, leaving a 83% treatment gap (NIMHANS study 2016).

Why is it so? There are many contributory factors but the most important is stigma about mental illness. Stigma means a bad or unfair feeling that people in general have about a particular illness, specifically mental health. Stigma comes with interrelated problems of knowledge (ignorance), of attitudes (prejudice) and of behaviour (discrimination).

Of course, our singer and our Paji are ignorant about the above numbers and about the burden of mental health disorders. Following their statements, I wonder whether even those 13% people who are receiving treatment will stop and get pushed down into self-pity. These comments will discourage a person suffering from mental illness from seeking treatment, and make them feel it’s better to suffer the agony silently lifelong rather than acknowledge the existence of an illness that no one takes seriously. The thunderous laugh and claps in the audience may even push someone towards stopping his breath, as his pressure or depression is ridiculed.

Lack of awareness of the gravity of mental health is what probably led to this attitude. I am sure none of these people deliberately wanted to hurt someone. With knowledge you develop compassion. As Sant Tukaram said, “Je ka ranjale gaanjale, tyaasi mhane jo apule; Tochi saadhu olakhaawa, dev tethechi jaanaawa.”

Mahatma Gandhi translated this as, “Know him to be a true man who takes to his bosom those who are in distress.” It does not take special education or training to understand a distressed human being. Were the lambasting netizens right? They expressed their displeasure and anger; but will this solve the problem?

Spreading awareness about mental health is important. Mental illness takes a toll on productivity, in many cases worse than physical illness because mental illness is often “invisible”. Consequences of leaving mental illness untreated or denied can result in actual physical disability as well.

One in seven Indians were affected by mental disorders of varying severity in 2017. The disease burden in India due to mental disorders increased from 2.5% in 1990 to 4.7% in 2017 in terms of DALYs1 (disability-adjusted life years) and was the leading contributor to YLDs (years lived with disability), contributing to 14.5% of all YLDs in the country.

The indirect costs of this burden (due to mental disorders) are in the form of the value of labour and productivity losses, such as lost income and economic output due to illness-related absences from work, reduced productivity at work due to illness, or lost productivity in an industry. And somewhere, in some way, unknowingly, it affects Kapil Paji and Amaan Ali.

Health care workers and policy-makers are trying to reduce this burden, but it is concealed under the stigma. A majority of patients with mental illness are forced to hide their ailments even though it causes substantial distress and role impairment, as mental disorders are considered to be a consequence of a lack of self-discipline and will power.

The people seeking mental wellness are handled by a meagre handful of mental health care workers. The WHO states that in India, per 100,000 population there are only 0.3 psychiatrists, 0.12 nurses, 0.07 psychologists, and 0.07 social workers. How can this huge gap be addressed?

Every time a Virat Kohli or Deepika Padukone talk about their mental health agony, hundreds are motivated to relinquish their shame and seek treatment for their mental ailment. Heroes of society, noted public figures, people who are looked up to in society can and must develop and express empathy towards mental illness. The stigma attached to the mere term “mental health” may thus fade away.

Dear Kapil Paji, Amaan Ali — I urge and invite you to become mental health ambassadors. It’s the least you can do.

This article is written by Dr Shailesh Umate and was originally published in the Free Press Journal. Dr Umate is a consultant psychiatrist, sexologist and addiction specialist, whose mission is spreading awareness about mental health and well-being.